History of the New England Clambake!

New England clambake history.
We all know that the New England Clambake is a tried and true favorite of our area (and our customers’ favorite!). But how many of us actually KNOW the origins of the legendary and long-loved “bake”?

This Native American tradition of cooking clams and lobsters in sand pits dates back to 2000 years. It has become notoriously popular. The original practice has since transformed. Now the classically know “New England Clambake” dish consists of lobsters, mussels, crabs, and clams. All are still steamed in sandpits over several seaweed layers.

The historical practice of digging up sand pits stems from the Natives. Who did not own cooking pots, so it is the earth that was used as a cooking vessel instead. Pretty clever! As the clambake dish evolved, it isn’t uncommon to see vegetables added too. Veggies like corn, onions, and carrots now get to making starring appearances in the bake.

The end of the 19th century

As the end of the 19th century rolled around, clambakes became a noted American tradition. Although most commonly prepared for festive events in New England.
B&M makes it possible to enjoy an intimate little Clambake for two without the fanfare of a larger celebration.

This history is a beautiful reminder of our connection between the earth and sea and is not only delicious, but a true tradition of our area.

Our friend, Kate P. and her son sure did enjoy their DIY clambake.  Read about it here.

Are you interested in a clambake of your very own?

Please take a look at our Clambake Pick-Up menu! 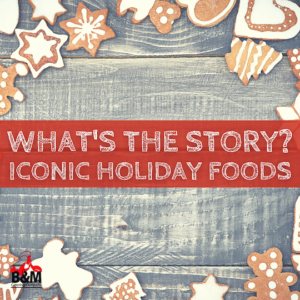 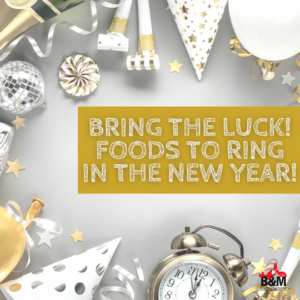 “Lucky” Foods to Ring In The New Year