Ah.. don’t we all love this time of the year, gathering up with friends and family and enjoying delicious meals together. Only sometimes the pleasure can turn into anxiety when things aren’t going as planned in the kitchen…
That turkey was overcooked or dry, that pie was not as tasty as expected. Kids like to run around little scamps 🙂 Almost all of us are aware of the predicament!
Looking for a stress-free way to enjoy your gratitude season and keep yourself away from the kitchen?

You can have us cook your complete meal or simply help out with the side dishes.

Sit back, relax, and leave the cooking to us this Thanksgiving!

Order all your tried and true favorites while avoiding the supermarket
(and a sink full of pots and pans).

You can have us cook your complete meal or simply help out with the side dishes.

Our famous sides are available for individual ordering! A perfect pairing makes your job just a little easier.

Orders must be received by noon on the Monday before Thanksgiving to ensure your meal will be ready for Thanksgiving day.

As the holiday season approaches, yearly traditions including Thanksgiving are coming up.
There are family members events focused around each special celebration, and Thanksgiving is no exception. Even though this celebration is so common for American households, and we grow up longing for the turkey, incredible sides (in addition to desserts!), the food coma, and the football naps, a lot of us could scrape our heads at the origin tale of this beloved holiday.
So, what is exactly Thanksgiving?
What year did we begin celebrating Thanksgiving?
Why is Thanksgiving on a Thursday?

We gathered the answers to every one of these questions and more!

Beforehand in school, we discover the relation between Thanksgiving, Pilgrims and Native Americans, along with crafts like * the * activity of tracing our hand prints to create artsy, genuinely legendary turkey portraits for funny Thanksgiving crafts.
But there is more to this holiday that isn’t commonly taught or highlighted.
For example, are you familiar with the “Mother of Thanksgiving,” Also Known As Sarah Josepha Hale? You will be! Keep reading!

Thanksgiving is an American holiday that we celebrate each year on the 4th Thursday of November.

Why do we celebrate Thanksgiving?

Thanksgiving is typically referred to as a means to honor the colonial Pilgrims’ harvest dish that they shared with Wampanoag Indians (who “were essential to the survival of the colonists during the initial year they arrived in 1620”) in 1621 (although there is debate concerning whether the dish was initially planned to be shared).

As years went on, assigning banquets devoted to giving thanks “on a yearly or periodic basis became usual technique in other New England negotiations also.”

When was Thanksgiving initially celebrated?

Besides the initial dish shared in 1621, Pilgrims held their second Thanksgiving in 1623 to commemorate the end of a lengthy drought. Additional banquets of appreciating for various reasons were given in subsequent years as well. Nevertheless, practically, the very first authorities, designated Thanksgiving was celebrated a lot later on– in 1789. According to the National Archives, Congress asked Head of state George Washington for a nationwide day of thanksgiving. Thursday, November 26, 1789 was, therefore, stated the “Day of Publick Thanksgiving.”

What is Thanksgiving all about?

Thanksgiving is everything about blessings as well as acknowledging thankfulness. Besides, in Head of state George Washington’s 1789 Thanksgiving Announcement, he specified its purpose: “Whereas it is the responsibility of all Countries to acknowledge the providence of Almighty God, to follow his will, to be grateful for his benefits, and humbly to urge his protection and also favor– and also whereas both Residences of Congress have by their joint Committee requested me ‘to advise to the People of the United States a day of public thanksgiving as well as petition to be observed by recognizing with thankful hearts the many signal favors of Almighty God especially by managing them a chance peaceably to develop a type of government for their safety and happiness.'”.

When did Thanksgiving become a national holiday?

We can all thank the “Mother of Thanksgiving,” writer as well as editor Sarah Josepha Hale, for her successful initiatives in developing Thanksgiving as a yearly national holiday. As editor of the magazine Godey’s Woman Publication for several years, Hale regularly wrote about this already-popular (yet unofficial) autumn custom. She additionally lobbied officials at both the state and federal levels to create a “fixed, nationwide day of thanks on the last Thursday of November.”.

Even afterwards very first well established Thanksgiving in 1789, the dates as well as months of subsequent Thanksgivings varied. It took nearly an additional century for one clear date to be established. Sarah Josepha Hale sent a letter to President Abraham Lincoln on September 28, 1863, asking for the last Thursday in November to be a day of Thanksgiving introduced to the whole nation. In response, President Lincoln declared on October 3 that this would, actually become the tradition.
He described that “in the midst of a civil war of unequaled magnitude as well as intensity, the American people must take some time for gratefulness.”.

Why is Thanksgiving on a Thursday?

Author Diana Karter Appelbaum has actually written in Thanksgiving: An American Holiday, an American Background: “Initially no particular day of the week was scheduled for Thanksgiving, however some days believed better suited than others. Puritans observe the Sabbath as a scriptural statute and did not include their Thanksgivings upon it. Because Saturday was occupied with prep work for the Sabbath, as well as Monday was the day after, these were not hassle-free selections. Friday was eliminated since it was the fast day of the Catholic Church as well as any kind of day of petition held on a Friday would have had Rome-ish overtones.
Nonetheless, Thursday was a lecture day in Boston. Ministers offered mid-day lectures for those with the free time to participate in weekday spiritual conferences. Possibly therefore, Thursday came to be the favorite day for fasts and also Thanksgivings. Although various other days were sometimes picked, Thursday ended up being the conventional choice.”.

Why do we eat turkey on Thanksgiving?

There are a few different elements as to why we eat turkey on Thanksgiving.
First, the Explorer Hall Museum has actually cited letters from William Bradford, the governor of Plymouth in 1621, who wrote that wild turkeys belonged to the original meal that was shared in between the Pilgrims and the Wampanoag Indians. Additionally, as Thanksgiving ended up being a very popular party, turkeys were plenty, which made them a the staple main course.
And not only that, we can thank Sarah Josepha Hale for this established aspect of Thanksgiving as well. In her 1827 novel Northwood, she described a New England Thanksgiving in excellent detail, including the summary of a roasted turkey “placed ahead of the table.”.

Native Americans were having harvest feasts long prior the Pilgrims got here.
However, when it comes to contemporary Thanksgivings, some tribes (like much of the Sioux Nation) will certainly gather to give thanks for food and also life, yet others steer clear from marking this a certain day for the party. After all, just 16 years after the shared meal between the Indigenous Americans as well as Pilgrims, over 500 Wampanoags were slaughtered in a harsh act of retaliation for the murder of one of the settlers, who the other inhabitants believed was murdered by the Wampanoags.
And also the abhorrent physical violence did not end there.

According to History.com, after lots of raids, land-theft, and battles versus Native Americans, by the “late 19th century, less than 238,000 native people continued to be, a sharp decrease from the approximated 5 million to 15 million living in The United States and Canada when Columbus arrived in 1492.”
Realities like these shed a light on why many Native Americans observe a different holiday on the exact very same day as Thanksgiving– the National Day of Mourning.

What is the National Day of mouring?

According to NationalToday.com, “Annually on the National Day of mourning, Native American people in New England gather together to protest. To them, Thanksgiving is a reminder of the unfair way that Native Americans have actually been suffering since the 1620 Plymouth”
This observation (sponsored by the United American Indians of New England as well as also gone to by many non-native allies) has been happening in Plymouth, Massachusetts, since 1970. During the day, “Indigenous speakers are invited to provide these speeches concerning the past, as well as current challenges that they have overcome”.

“The year that is drawing to its close has been filled with the blessing of fruitful fields and helpful skies.
And to these boundaries which are so constantly enjoyed that we are prone to forget the source for which they come. Others have been added, which are of so extraordinary nature that they cannot fail.
penetrte and soften even the heart which is habitually insensible to see the ever watchful providence of the Almighty God.”

“Thanksgiving is hopefully uniting as one great family Republic” 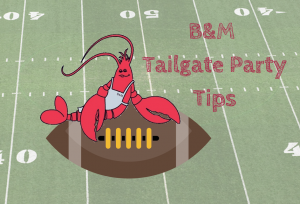 Saying Yes to the Menu 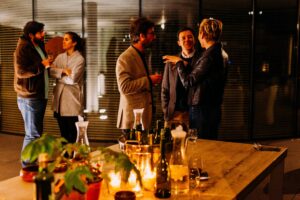